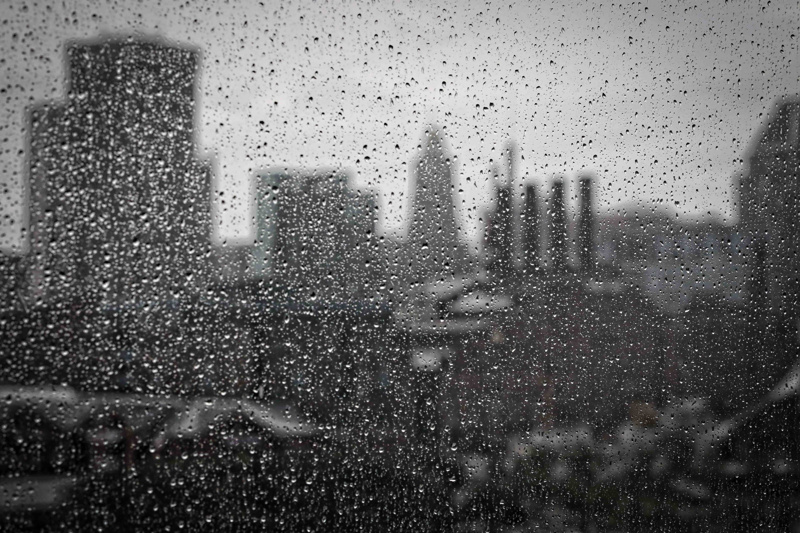 Rain, fog, and mist has settled over Baltimore unleashing a deep freeze. A darkening gray sky descends upon the skyline as I walk through puddles on cobblestone street, my breath smoking around my head like a chimney. Plagued with anxiety, discontentment, and fear, this has become my reality – terrified of the very life I’m living, the place I’m in, the things I have witnessed in the places I’ve traveled, and the situations I’ve gotten myself into. It’s not what you think, though. I’m void of crime, violence, drugs, or sex. It’s something entirely different; an immensely strange life in stark contrast to others. You see, I’m introverted and sheltered, probably, despite having been everywhere from the shanties of Kenya to rural Iceland. I pace my Baltimore apartment during my weekly work from home days, gazing out my giant windows, eating by myself, thinking about how I don’t have friends here, how I never imagined my life to be where it’s at, how nothing has gone according to any kind of plan, and how at the same time in the midst of all this, I’m still a blessed and privileged man.

I’m not sure how all this was set into motion, but I can trace some of it back I suppose. My parents decided to buy a condo in Wildwood, New Jersey when I was young. Had they not, I wouldn’t have stumbled upon the first publication I ever started writing for. My first article appeared in the summer of my freshmen year of college, and a remarkable relationship was built with the publisher. Years later, this publisher would offer me role of Managing Editor of her newest publication in Ocean City, New Jersey. The timing felt absolutely divine. I was unemployed, having finished college, and desperately searching for full-time work to no avail, with little experience under my belt, in a dying print journalism industry. My life changed, I moved to the quiet beach town, and it was there through some photo I took and posted on Instagram, I gained a follower that would one day alter the very course of my life.

I wouldn’t realize it until years later, when I was living in Asbury Park, New Jersey. A tumultuous series of events led me to that safe haven. It started with the collapse of the publication in which I was Editor, followed by a failed business venture in my home city of Philadelphia, and a desperate search for employment while trying to maintain a romantic relationship with a woman I loved and hoped to enjoy a future with. Soon after she abandoned me and I was at my absolute lowest, everything was restored to me in a grand and spectacular way. I received a job as an Editorial Manager for a publication of a Methodist Church Conference and it brought me to living in Asbury Park, a place that I had felt led to and in a sense, dreamed my way into. This gritty, punk-rock beach town within the New York City metro area fit my personality, stage of life, and felt like divine providence tailored to my liking. It was during this time that I stumbled upon my missed connection from Instagram…

(You know what, side note, we can take this back even further. Had I never downloaded the app in my best friend’s basement in 2011, I wouldn’t even have this story at all).

Flash forward and after a year of talking and Skyping, I met my missed connection one cold October night in Moscow. I had made the pilgrimage and was completely enamored by her from the start. Precious, petite, innocent, loving, and beautiful, this woman stole my heart in a way none had before, but so much so that it hurt. Shortly after, we met again, in a cold Istanbul, Turkey, through rain, mist and utterly inexplicable sounds, scents, and scenes. From there we reunited a few months later in the stunning, picturesque country of Montenegro. It was during that time that my cozy little world in Asbury Park, New Jersey came crashing down. I lost my job. I moved in with my parents above their garage in an apartment overlooking the Elk River at the head of the Chesapeake Bay in northern Maryland. I again struggled immensely to find work. Montenegro was a lovely distraction, and my loving companion thought not even an ounce less of me for being unemployed. In fact she was far more hopeful, positive, and excited for me than I was. It was there I noticed fully the way she walked, her smile, the sounds of her voice, the way the wind bounced her hair, and warmth from her tears. Precious, utterly precious this woman. I felt the weight of a love I was unable to stand up under. A crushing love that would decimate me entirely.

A few months later, still out of work, I flew all the way to the furthest place I had ever been to on the earth – straight into this woman’s reality in the dead middle of Asia Russia. I felt so far, so isolated, so ridiculously remote from anything and everything I ever knew, and yet she was completely at home, in the city she knew and worked in and contributed to. Deep in the Siberian mountains, we snuggled under the covers of a riverfront chalet. I watched her wash vegetables on her birthday for our dinner together and in the morning I watched her sleep like an angel, cozy and content in a big comfortable bed, something she didn’t know or have back at her cramped flat with a futon in the slum of her city. My heart broke, my throat became heavy, I wanted to cry and shout to God for allowing all of this, for destroying and decimating me, for an overwhelming and overpowering compassion that suffocated my existence and stamped out my peace. I couldn’t unsee or undo us. My life would be peaceable and easy had I been able to. But that wasn’t an option. There was no turning back the clock and stopping me from boarding that plane to Moscow that one October, or from never following her back on Instagram, or from declining the Ocean City job or mom and dad’s decision to buy the Wildwood house or choosing to instead discard the app that one night in that basement. Everything that had happened, had happened, and that was the story. I didn’t regret it happening, but I realized how it all could have been different, less challenging, less painful and heartbreaking. Instead it took me literally to the ends of the earth where it slayed my heart, gasping and howling with the agony of empathy.

From the window of the Siberian airport, I watched her tiny figure make its way across the parking lot to the taxi stand where she would go back to her crumbling flat and go to work the next day, a business in which she herself ran and poured herself into to survive, returning to her reality. I boarded my plane and went back to mine, a much more comfortable one, yet still feeling like an unstable failure, unemployed but with some hopeful prospects on the horizon.

And then, suddenly, all at once, I was faced with opportunities and decisions, negotiating jobs and salaries and schedules. I moved into a top floor flat in Baltimore, I began new work, and my new reality started to set in. The weight of what to do about her, about us, about the future, about time slipping away and age creeping in set me into a perpetual state of panic. And now on this cold December night as I walk these streets to the coffee shop, I breathe in the chilly, gray anxiety and reluctantly accept my pain. I wonder if I am in love, in love in the way in which a husband should love a wife, or in the way in which a man loves a helpless, underprivileged woman who happens to care deeply for him, more so than any other woman he’s ever known, who has stuck around longest, who would do life with him in an instant if he so chooses, whom he could rescue from the slums of Russia, whom he could provide a better life and a better opportunity, but who is held back out of fear, fear of giving up what he has, of his individuality, of being responsible for her and fearing anything bad happening to her.

Twisted, broken, defeated, lost, wandering now through the streets of a freezing, gray, December Baltimore, unsure, uncertain, and pressured to figure it out and save her. A pressure not from her, but from myself. And a fear of letting her down, of breaking her heart, of causing her any kind of pain whatsoever. No, it would be better to die, than that. And so perhaps I need to swallow my pride, raise a flag of surrender, leave this rugged individualistic life behind for the prospect of unity with the most loving, caring companion a man could ever know, risking it all in hopes that it works out, that my heart and mind change for the better, that a fire is ignited, that peace could come from it. Peace is far from me now, though, and I don’t know what to do about that. All I know is that after my tea at the coffee shop and some healthy writing I need to walk back to my flat, make myself a lonely dinner, and then run a warm bath where ill soak beneath the surface and read a fiction book. Fiction because I need to escape elsewhere outside my reality, I am having trouble facing, processing, or understanding.

Images flash before my mind of strange back streets in Istanbul, the smell of the duty free section of the Geneva airport en route to Moscow, our veranda at night in Montenegro, the look on her face when I emerged from the bathroom in our Siberian flat, a look that was loving and hesitant, kind and respectful. God, what have you done to me? The silvery spheres of rain dot the windows of the coffee shop. I’m reminded of a dinner with a coworker after his firing at a waterfront restaurant overlooking the Sandy Hook Bay on a rainy December night similar to this one. I’m thinking about my mom setting up my coffee pot for me in the evening at the garage apartment last summer. I’m dwelling on the genuine and quiet way in which the woman I care so deeply for told me she loved me today via Skype, before signing off and going to sleep. And I’m wailing in pain because I can’t live without her, and yet I don’t know if I’m capable of being the man I ought to be for her, whom she deserves. I want to be that man, I just don’t know if I am or can be, because I am plagued by my my individuality, my fears of inadequacy, my fears of loving too much or too little, and my fears of losing her.

Nothing has gone according to plan or the way in which I had expected or hoped for. Everything has gone some other way, some extremely difficult and painful way, yet like I said, void of the things that destroy so many others. No, my destruction comes from something else entirely. A strange and vastly different life in stark contrast to so many others. And this is where I’m at, on a dark, cold and rainy December night in Baltimore, crushed with fear and worry, privileged and blessed as can be. 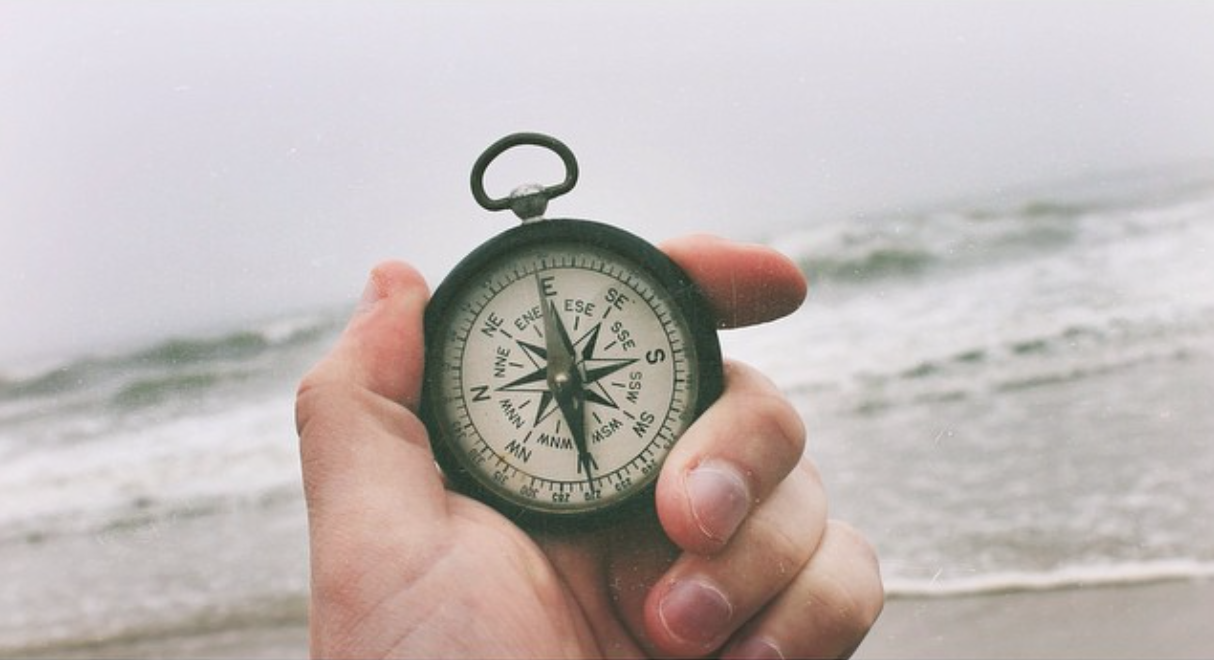