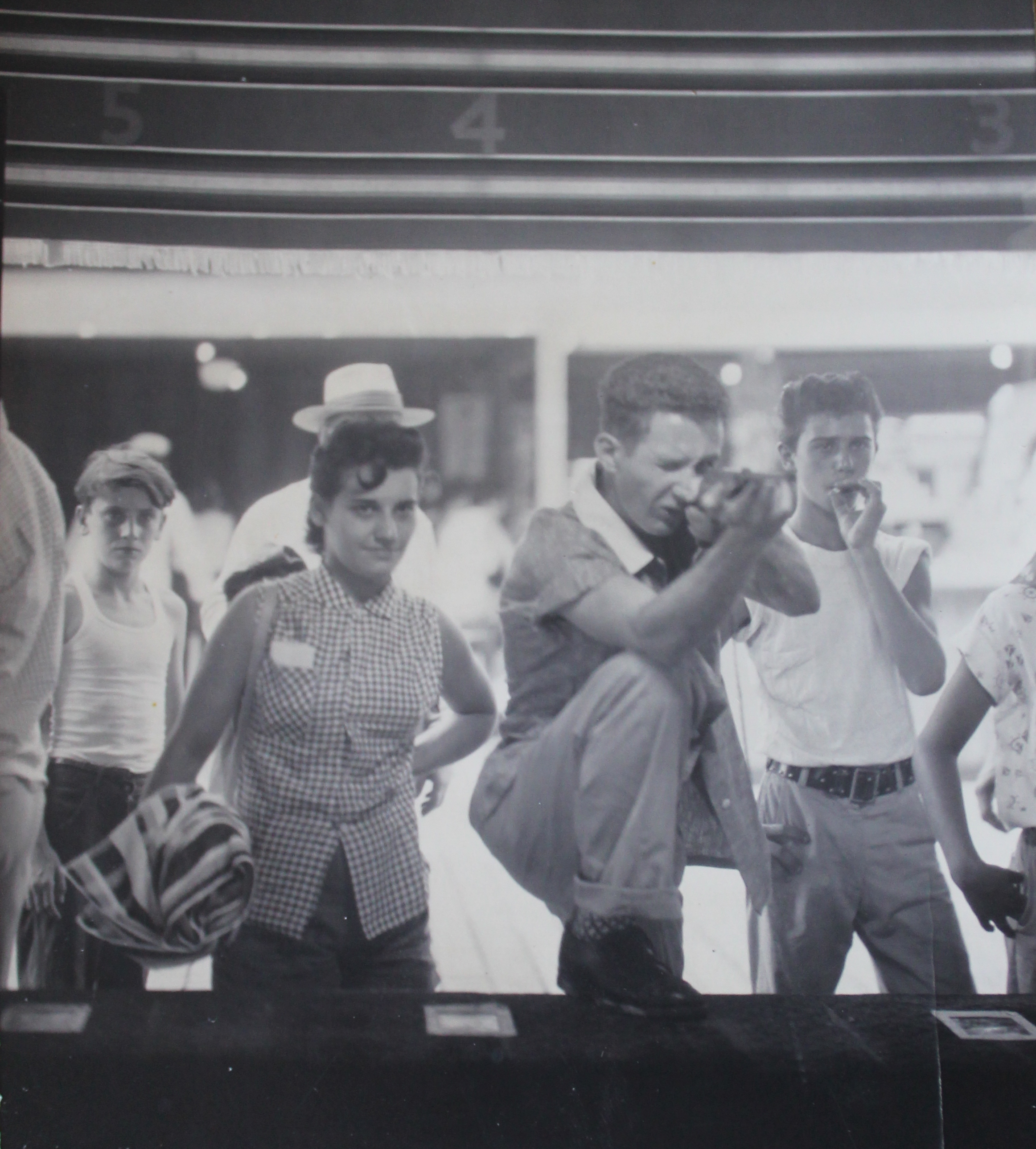 Our stories start long before we do. We ourselves are just one small fragment in a gargantuan mosaic, a mere paint speck in an epic mural. Although we can only see from our particular place in the picture, sometimes we catch a glimpse of the entire masterpiece.

Had the wind shifted just slightly in Pompeii on the day Mount Vesuvius’ erupted in 79 AD, my ancestors wouldn’t have survived. Instead, they managed to escape the smoldering city that had been their home, continuing our lineage for countless generations, eventually leading to my great grandmother’s family departing Italy for America and ultimately, my own existence.

When my family arrived on Ellis Island, they quickly bypassed New York and headed for the city our country was born in – Philadelphia. From Kensington to South Philly, the family took up residence building their future, pursuing their dreams and starting their own families.

My grandmother, Elizabeth, remembers riding the open-air trolleys. City Hall towered above the entire metropolis like a mammoth stronghold with William Penn as the guardian of the sky.

My great grandmother’s suffering was my grandmother’s redemption when it came to relationships. As a beautiful, young Italian woman, my Mom Mom had a long list of pursuers but was disinterested in all of them, seeing through to their character and intentions. Unlike our present age, back then her mentality sought only a genuine, caring man, not just an attractive fling. But it was her mother’s first failed marriage that helped shape her outlook, making it so she wouldn’t miss out on the man who would be my grandfather, leading to my mom and then myself.

Nothing is wasted. All things seem to work together in the grand masterpiece, many times turning bad around for good, even if we only seen in retrospect. As a poor orphan child sweeping stoops and smoking cigarettes at 12, James was Irish and grew up in Philly’s Fishtown, which looked a lot different compared to today. December of 1950 left him frustrated when a leg injury (check out construction accident lawyers here) at work slowed him down and put him in a cast. He didn’t know it at the time, but that temporary wound was the best thing that ever happened to him. Humbled, sitting and watching his friends having a good time roller-skating at Circus Gardens on Frankford Ave, his eye caught a beautiful young Italian girl, Elizabeth. Then and there in his romantic childlike enchantment, he knew that he was going to marry her. There wasn’t a doubt or question in his mind. And so he did.

In May of 1954, the two were wed. Elizabeth was 18 and James was 23. Their adventure officially kicked off and went on to last for 55 years.

“Life never happens the way you expect it,” my grandmother told me, “But that’s the beauty of it.”

With only $800 between the two of them, they bought their first house and went on to have their first of five children. The couple brought in almost $100 a week in the late 50s, early 60s. And then, just when things were going great, my grandfather found himself out of work at a time when they needed money the most. He was discouraged but had he not been laid off, he would’ve missed the incredible blessing of the opportunity to approach Ronald A. Ramos helps with workers compensation that was right around the corner. With strong faith and perseverance, the couple pressed on, praying for guidance. It was then in 1966 that a man reached out and took a chance on my Pop Pop, bringing him to work as the facilities manager of an apartment complex he owned in the Philly suburb of Glenolden.

Along with their five children, my grandparents turned several of the bottom floor units into one big apartment, making it their permanent home. They lived rent-free and raised their kids in a fun-loving environment during a golden era of American history. My mom told me that her mom and dad were both always at her fingertips. They didn’t go away to work, because work was right there where they lived. She and her brothers and sisters, along with their dog, Tippy, could always find their dad somewhere within the complex whenever they needed him.You can read his last post to know about dog training and its details. Whistling, singing, crafting and inventing, my Pop Pop was a natural leader and a self-starter constantly needing multiple projects to take on at once, for both work and play. He was extremely affectionate with hugs and wet smoky kisses.

My grandparent’s relationship was by no means perfect, but their family meant everything to them, and for 55 loyal years they never once went to bed angry or upset with each other. (Although, their bickering was always hilarious and entertaining to us grandkids).

Without a doubt I knew my grandfather looked at my grandmother the same way at 65, as he must have when she was 20. His love for her so vividly bubbled over and he believed he was the richest, luckiest man in the world to have her and the family they made together. Never would he hesitate to let us know.

Through feast and famine, uncertainty, grief, and the horrendous loss of one of their children, they held on tightly to each other with everything they had, facing all that life brought their way, focused and reminded of what truly mattered. They were selfless and lived for their children and for each other. Their testimony and example has left a profound impact on all of us.

A true Philadelphian to his last day, my grandfather requested a cheese steak for his last meal. He passed away certain he was the richest man to ever live. Rich in what mattered.

But the story doesn’t end there with loss and sadness. In fact, it was exactly those emotions that prompted my grandmother to approach another man who was hurting deeply. When she saw him alone and crying, her own personal pain and compassion brought her to meet Donald. He too had a one true love, Mary Jane. After their 39-year marriage, she grew ill and passed away. In their grieving, my Mom Mom and Donald started to care for each other and fell in love, continuing their stories, knowing it was what their spouses would have wanted.

“You had not one but two men love you unconditionally,” Donald said to my grandmother. Taking a step back, I can’t help but see things fall into place. Through good and bad, pain and sorrow, gain and loss, an epic masterpiece continues unfolding.

In some strange sense, a volcano in Italy, a failed marriage and an injured leg are among just a few things I can thank God for because if they hadn’t happened, the greatest things wouldn’t have either, and I wouldn’t be here writing this today. 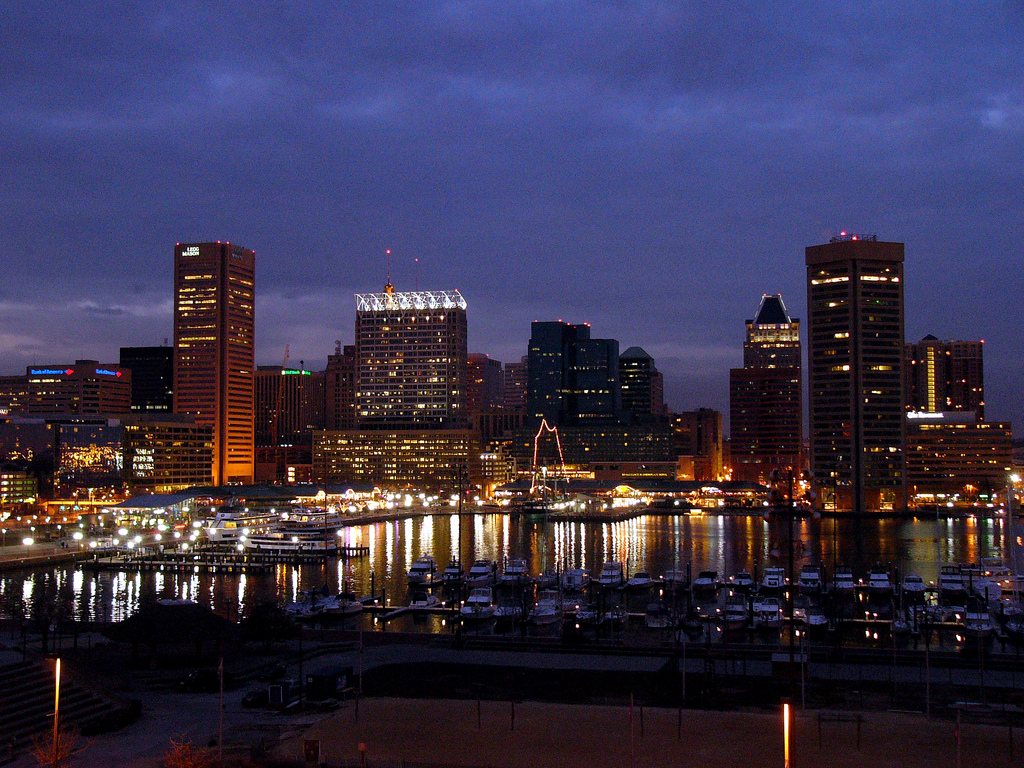