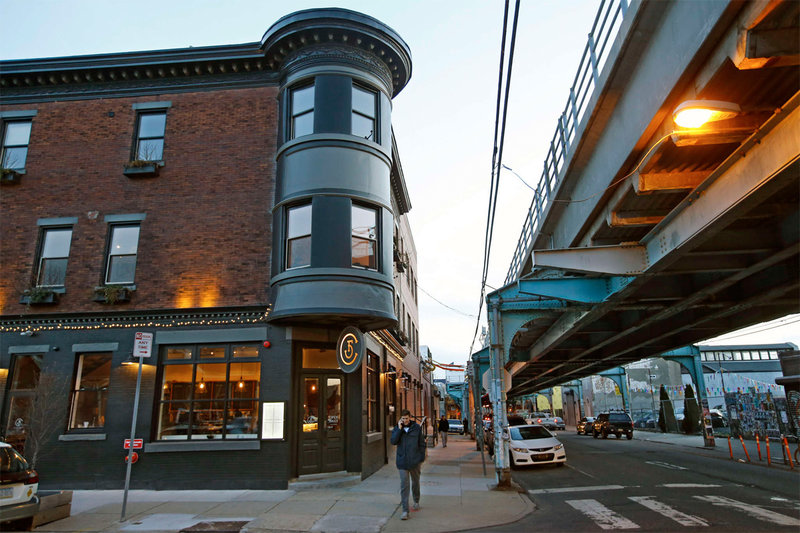 A few months back, during a dark, dark season in my life, I sat with my parents at one of their favorite restaurants in North East, Maryland. My depression was rampant, my personality unrecognizable. A shell of myself, I stared out the window and felt the pressure inside my head build.

My phone buzzed immediately with a message request from the most unexpected person imaginable. The name appearing on my screen sent a shiver down my spine because it was someone I never thought would reappear in my life after I left a text message unsent back in the 2014 summer of childlike romance.

“I usually don’t reach out to anyone, but I felt the need to just tell you that I hope you’re well..” she wrote. It caught me off guard, but I was happy to hear from her. For a moment I sat starring at the screen before I typed back. I said how it was nice to hear from her, but to be honest things couldn’t be worse. What was I going to say? I was far from “well” my life was in shambles. And apparently, so was hers.

She suggested we meet again and so I agreed. A few nights later I met her one evening at a coffee shop under the El Train. It was strange seeing her. I didn’t think I ever would again. Not that there was any bad blood between us, it was just that all of my circumstances had suddenly become strange. The girl I loved left my life without facing me in person to do so, and nothing else seemed normal. She left my life in the same way that she came into it, without warning and all of a sudden; as if fate decided we should meet but destiny said we couldn’t stay. But that night I was greeted by someone else not quite the girl I met back in the idealistic summer of 2014. This was someone no longer timid, someone genuinely happy to see me, and someone confident, talkative, and even somewhat bold. Wait a second, I thought. Who is this?

That night, over quite a few margaritas, I shared everything. I didn’t see why not. Who was I trying to impress? I began my story in December 2014, a few months after our summer “romance” dissolved. I went into every detail, from my Ocean City job falling apart, to starting my own business, and falling in love. Three hours later, I wrapped up my story. Now it was her turn, and to my amazement she shared a parallel story. My heart broke for her and I could tell hers broke for me. I sat and listened, shocked to hear that we had essentially lived the same stories over the course of the year, facing the same struggles, dating people we both were “all in” with but who were far from “all in” with us. I sat and listened not to the girl I met back in the summer of 2014, but someone new, someone wiser and more mature, someone who had grown valiantly. And as we sat together sharing for at least four hours, there wasn’t a single moment of silence aside from my realization of the song playing subtly in the cafe “Hold the line! Love isn’t always on time” by Toto.

From that moment on, the death blow to what was left of my fragile heart softened. She admitted to leaving me behind back in 2014, and suddenly my faith in women was restored. She was the first female ever in my life to prove my bitter heart wrong, and the experience was moving. The following week we sat together in the same bumper car inside the same bar we had gone to back in the summer of 2014. We went out and drank more pitchers of margarita, laughing and stumbling through the city streets. We ordered pizza and watched The Force Awakens, went out for drinks at a speakeasy in Chinatown, and continued to talk and process our experiences. We divulged all of the gritty details again, questioning and wondering, trying to analyze and examine the people we had loved and the circumstances we were in.

“I have trouble believing someone who drove away from me and left me alone, choosing to never see me again, can claim to love and care about me,” I said. What we both needed and both deserved, was someone stubborn as fuck. Stubborn enough to do the work and stick it out, someone who knew we were worth it, who saw us for who we were and would decide to not to leave, who saw us as potential, not pastime. For weeks we helped each other through, leaning on each other for support. We didn’t know it at the time but we both stood on the cusp of our circumstances dramatically turning around. We were walking together through the very end of one of our lives darkest chapters.

When I finally got the job that I knew was meant for me and moved up to Asbury Park, we went out to celebrate. She was so happy for me, and somehow I knew her day of deliverance was coming, too. One of my best girl friends helped me pick out an apartment. She was more excited about it than I was and knew exactly what questions to ask.

“Watch this first place be the one,” I said to her on our drive up to Asbury. And it was. As I settled in to a new life, a new town, community, co-workers, and circumstances, old and new friends started pouring into my life, building me up, keeping me company, inviting me out, and filling any void of loneliness. I took advantage of every opportunity and accepted every invitation, even when I didn’t feel like it and lacked courage, energy, confidence and positivism. A new lifelong best friend emerged out of nowhere, introducing me to all of her various friends and helping me through the resurgent heartache, pain and confusion of having to discover the girl I loved was already in a new relationship with someone after saying she “wasn’t ready” with me and had “regretted” “jumping into a relationship” with me in 2015. I could never even conceive of that on my end. Without the wisdom of my new friend, her text message editing skills, the growing support system around me, and my new circumstances, I don’t know how I would have gotten through such immense challenges.

Angels and intricacies surrounded me. Everything seemed divine down to the place I was at, the job I was working, the coworkers, the new friends, the old friends, the reemergence of the girl I thought I’d never see again who had grown bold enough to send her own message. A new best friend who was wise and honest enough to tell me the truth and spur me on to be a better man. I found myself able to help other people, too. A friend of mine who lived in the area and was responsible for one of the greatest art photography projects I had ever known and been a part of, was reeling from a breakup so similar to mine. We met and talked, processed and questioned, encouraged and shared. My life was suddenly filled with more honesty and vulnerability than ever before, and it was stretching and growing my character for the better while strengthening all of these relationships.

One night when the girl who had reemerged in my life and I walked the boardwalk in Asbury, I thought back to a rainy day in the summer of 2014 when we spent a day in the town, walking the same boards and exploring and antique shop. Back then, I felt a special connection to the city by the sea and found myself reading a book over the summer of the following year called “Asbury Park: A History of the Promised Land” by Daniel Wolff. I don’t know if it was that rainy day in Asbury or another day over the seven weeks we spent seeing each other in summer of 2014, but I remember her mentioning the prospect of teaching in Florida. In some strange sense, our destinies were before us that summer, but it would take a tumultuous year to get us there because a few short months after my move to Asbury, the door opened for her to teach in Florida. At long last, her career struggle was over, and she too would enter into a new chapter of circumstances far exceeding her expectations. And as much as I loved spending time with her and selfishly didn’t want to see her go, a part of me was excited, because I knew this was right for her; I knew this too, was fate.

The night before she left on her long drive south, we met for dinner in Hamilton. It was bitter sweet, but I was thrilled for her as she boldly stepped out of her comfort zone and took a leap of faith, trusting that the winds of uncertainty had her back. I thought back to 2007 when I found myself with two suitcases on a campus in bumfuck Kentucky, completely out of my comfort zone, not knowing a single person. There I was, at “Asbury” University.

“Think of me when you reach Savannah,” I said as we parted ways. Another parking lot departure, except this time I knew it wouldn’t be the end, but perhaps the beginning of several new adventures. 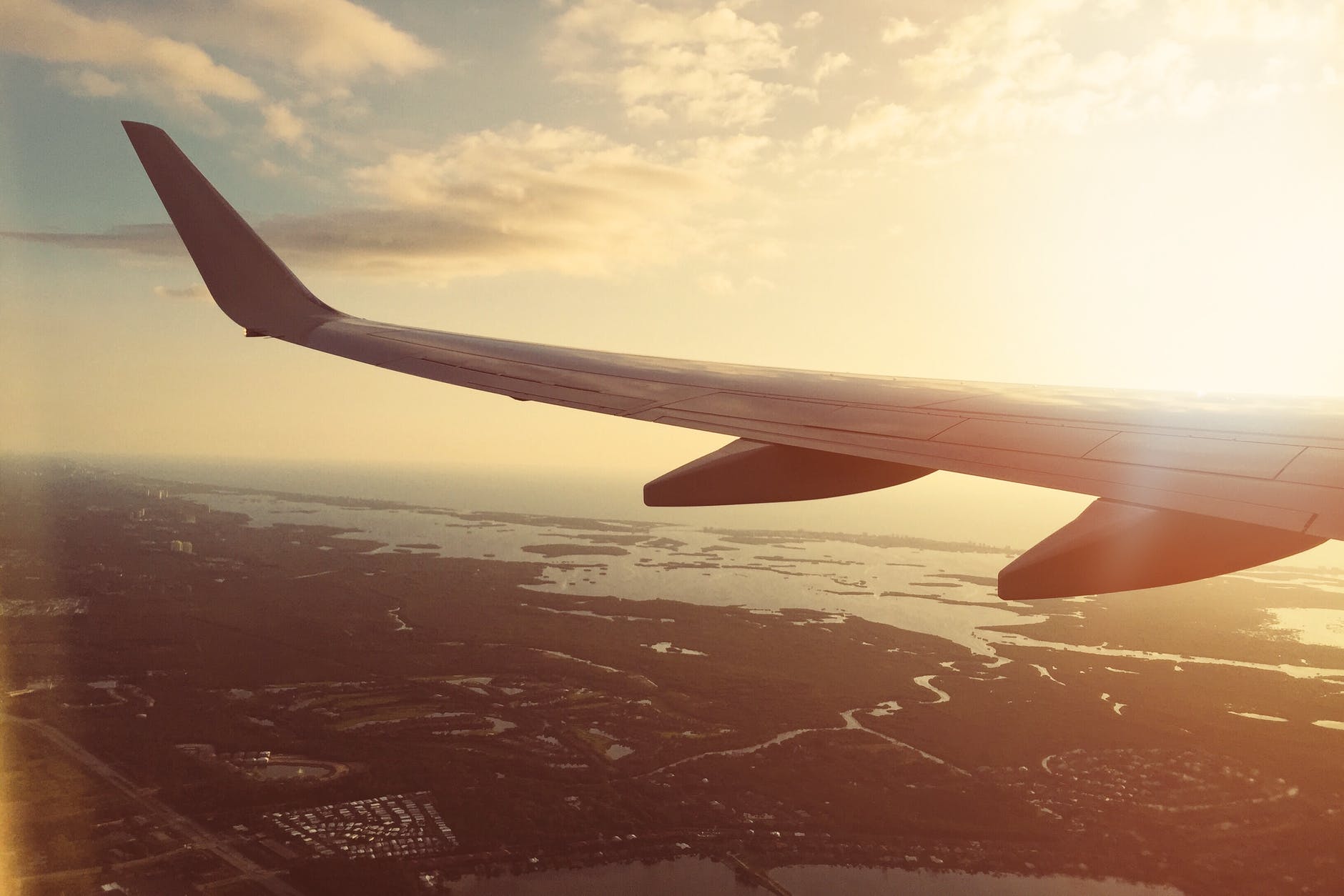 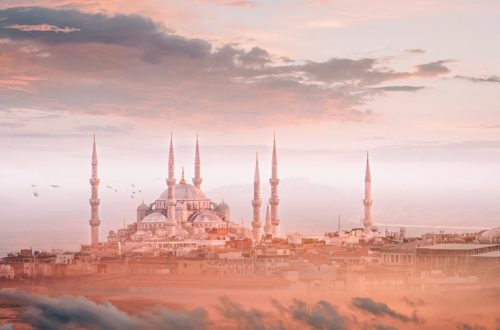