You never know when the best or worst day of your life will take place. Not until it’s happening or has happened. You don’t recognize it, not until you’re right in the middle of it.

On the best day I woke up to her warm face nestled against my chest. That afternoon we ventured into the Pinelands for a music festival in the sweltering August heat that would last into the cool, refreshing summer night. We walked together, hand in hand, rested on each other, talked in-between the performances, ate lunch together at a picnic table, and saturated ourselves in the presence of each other. The sun sank below a treeline chirping with wildlife while the glow of pink clouds brushed the darkening landscape. We held each other and she told me how much I meant to her. For the first time in my adult life, my love was for the first time, reciprocated. I ran my hands through her silky hair and kissed her cheek, my heart overwhelmed as I listened closely to the lyrics of the song being played: “If you love me, don’t you let me go. If you love me, don’t go.”

A few weeks later, we sat in my car after a night of tacos and margaritas and talked about our friends. We both agreed that being completely open and honest was necessary in a relationship, dismissing those who thought it was okay to deny someone dignity and break up over text messages or the phone.

Several months later, in the dead of winter, we drove back from a weekend trip with her friends in Vermont. We stopped at a farm to see some animals and I told her how I thought she was so cute. She just shrugged. I studied her beautiful face and felt an immense, searing joy in my heart to know we were a couple. We drove through the mountains back to the New York state capital where my car waited in a parking lot. I felt a little uneasiness in the front seat as she drove, as if she couldn’t wait to get me out of the car. When we arrived in the city, she kept the engine running and stepped out to say goodbye. I asked her if she wanted to stop for coffee or use the bathroom but she didn’t want to. I held her face and kissed her, but she didn’t seem to want me to. “I’ll meet you at your house, it’s on my way anyway. We can say goodbye again.” She dismissed the idea, and it kind of hurt me. We parted ways in what seemed like less than one minute.

The following weekend she apologized, and we spent the night at my friend’s apartment in Washington, D.C. On Saturday we went to an Amish market and hiked all through Rock Creek Park, leaping from the giant rocks in the fast-moving river. We went to dinner in the Adams Morgan neighborhood and the next day, I surprised her with a stop at the Baltimore Aquarium on our way home. When we got back to my apartment, we watched Breakfast at Tiffany’s, just like we said we would, and I pointed out the fact that I was indeed Paul Varjak and she was my Holly. I knew I’d like the movie, since Capote was one of my favorite authors.

A week or so later we drove down to my parents house on the Chesapeake Bay. They had gone away on vacation, so we had the house to ourselves. I invited my best friend and his girlfriend as well as my married friends in D.C. We went out for an amazing dinner in one of the neighboring waterfront towns and sat around a giant bon fire back at the house. The next morning we hiked to the lighthouse on top of a cliff, the one I had taken my Holly to many months ago. That Sunday was Easter, and my parents were back from their vacation. We met them at their church and went out for breakfast afterward and then went to my aunt’s for dinner. At long last, I got to introduce her to the rest of the family, and they all loved her and thought she was the most beautiful girl. We played with the younger kids in the basement, building them forts while my Uncle fixed us cocktails.

We went to my cousin’s 30th birthday party at a restaurant inside the biggest mall on the East Coast. It was absolutely hilarious, and I was so happy she was with me. Afterward we walked the massive mall until we got lost and imagined what it must be like on Black Friday.

And then came the call.

After countless job applications and dozens of interviews, finally something came through for me. I was wrapping up my own company and searching for a new direction, having made it so many times into the top five and even top two in many positions, but each time the door was closed. Now, the real test of our relationship would come, but I knew in my heart that she loved me.

Months later, we sat together on a bench in Savannah’s Chippewa Square. The Spanish moss grew in enormous swathes hanging from the branches above us, and I swear I saw a little white feather drifting accidentally like on a breeze right toward us. My Holly never looked so beautiful as I leaned in to kiss her like it was the first time. I spent my life wondering when I’d find her, having searched for years and now she was right there beside me. I promised her if she truly loved me, I would love her forever. I wanted to hold her hand and kiss her every second. I wanted to keep on adventuring with her as we both supported each others hopes and dreams and goals. I promised to protect her heart, asking only that she too, would do the same for mine.

The only flaw in this idealistic romance was that it never left the parking lot in Albany.

For days and weeks I was confused and sad, wondering what was going on and why she didn’t seem to want to spend any more time with me. I wallowed in my depression and uncertainty, hoping for sure that this too, would pass. But then came the text message. “There’s just something we need to talk about.” My heart sank and my stomach dropped.

And then came the call.

I never knew it at the time, but that cold day in March in the gaunt, creepy city of Albany would be the last day I’d see my great love. The woman I had finally opened up my heart to, taking the risk to love her despite not being “ready” had walked away, back to her car, and off into the sunset down a highway further and further away from me. At last, she was free of the burden of someone who loved her unconditionally, who wanted to build a life with her and would’ve laid down his very life for her. It was a sudden death with no funeral, and the fulfillment of my greatest fears.

In the weeks to follow, the empty seats beside me at the tables, the bon fire, the church, my car, and in my bed would haunt me like the loss of my very best friend.

I wondered if the thought would have ever crossed her mind that she would suddenly leave me in a parking lot one winter night when we sat together watching the band play at the music festival that one divine summer evening. She had held me so close, and I had never felt more at peace.

You never know when the best or worst day of your life will take place. Not until it’s happening or has happened. And as I sit here behind this screen, letting my hemorrhaging heart do the typing, I think about her and write about what could have been so that I might not feel so alone. 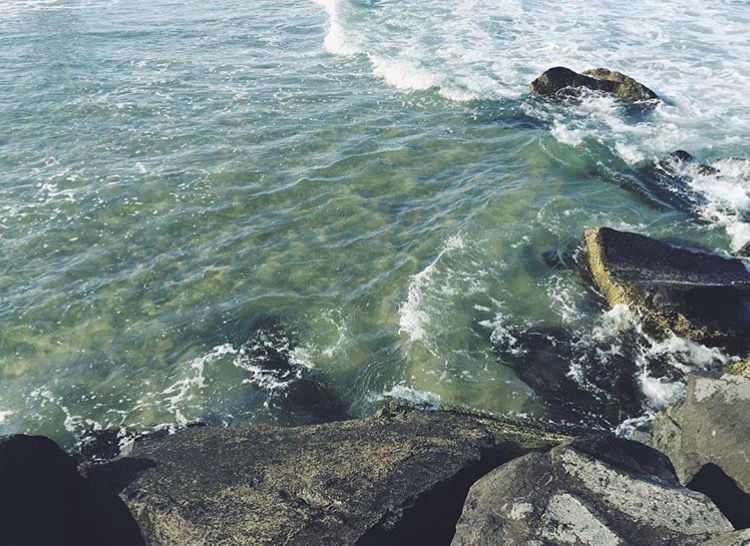 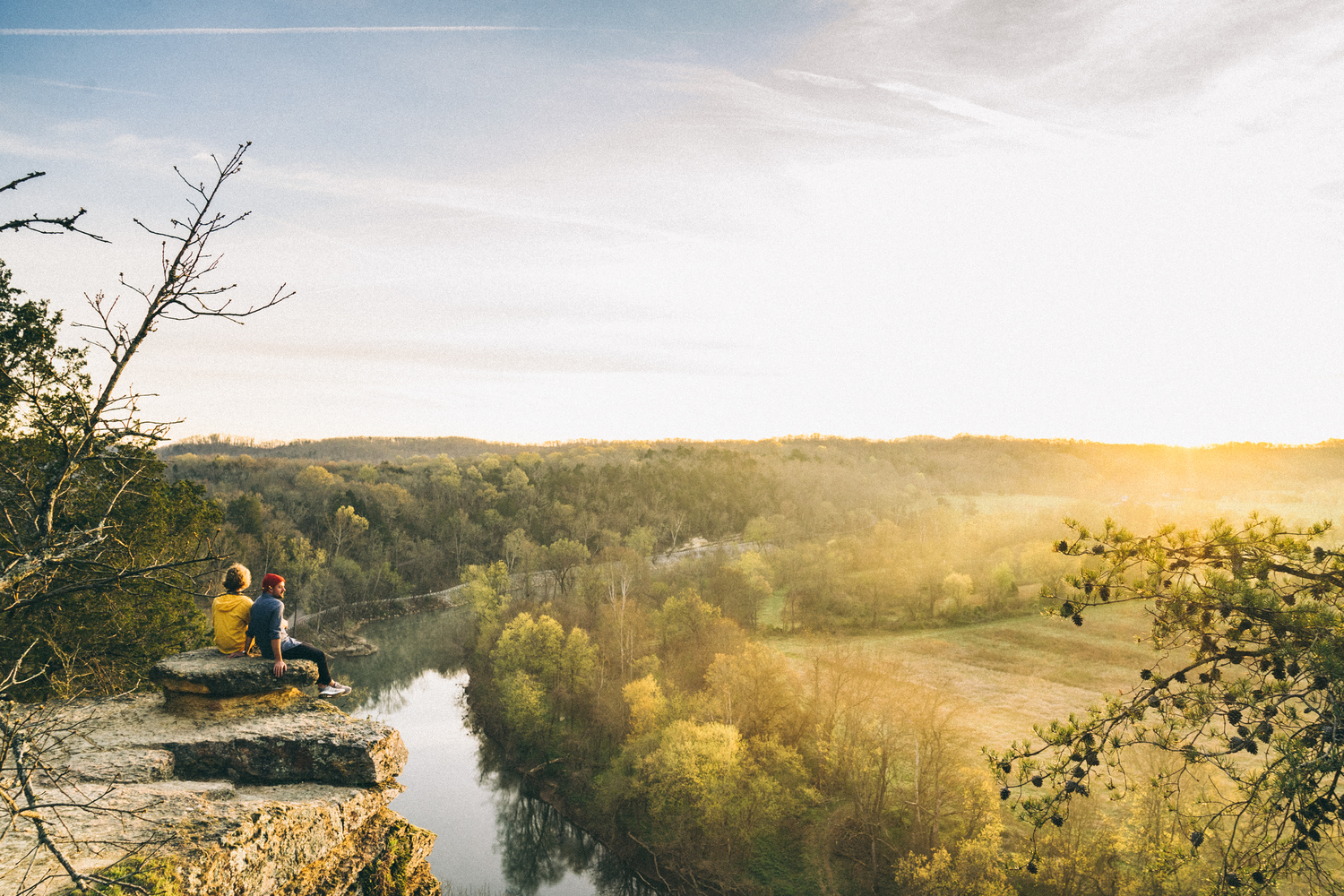