I’ve been up here well over a million times, I’m sure of it, yet each time it’s sensory overload. How can you see the same thing again and again and still feel as if it’s the first time you’ve ever seen it? With each clank of sandy wood beneath my bike tires I know where every loose board is located along the boardwalk.

A heavy salt air mist envelopes the shore as the sun sinks pink beneath the glassy bay. To my right, the love of my life, my reliable constant, my unchangeable always, the Atlantic ocean roars with life and waves that haven’t stopped moving since the world began; since the first settler stepped foot on what was then a desolate, wild, barrier island.

The same sea, the same waves, and me – the euphoric aroma of salt and sand floods my nostrils and seeps into my brain… or is it my heart?

Since I was young I’ve always been drawn to the ocean. It’s a magic experience that never gets old and it becomes something I absolutely need. Can’t explain why. I don’t just want it, I need it, and I don’t want to miss out on seeing it today, even though I saw it yesterday, and even though it hasn’t changed or gone away.

Alicia Cook wrote it perfectly in her article “From One Beach Kid to Another” for the debut issue of The Asbury Insider:

I want to feel the heavy presence of the infinite blue abyss and breathe it in. Deep down, I’ve always known and felt this. My most vivid memories as a child are building drippy castles of sand, walking and smelling the scents of the boardwalk, casino floors, hotel lobbies, rooms, corridors and pools of Atlantic City. It made me feel a certain way, no matter what the season.

Growing up in the Philly burbs and spending college in Kentucky and then on to Washington, D.C., I was in hot pursuit of my career as a journalist. My desire (or so I thought) was to find fulfillment in work. I believed Washington had to be the answer because surely it was the forefront of the national and international scene. It was where all journalists naturally flocked to find work and uncover stories. It was the lifeblood of all that was journalism.

Education suppressed me. It taught me that I had to choose between my two loves: Journalism and creative writing. I knew my passion and calling early on in life and my entire being was literally split down the middle between these two things. I wanted so badly to write fiction and feature stories, screenplays and novels, and I fell in love with the noble idea of what was once journalism: using writing to uphold and uncover truth, hold power accountable, to be the fourth estate. But school said I had to choose if I ever wanted to get anywhere. It was either one or the other. One led to only potentially landing a job and potential earning a mediocre income and the other, well, that was a shot in the dark, nothing more than wishful thinking and a hope for a random stroke of J.K. Rowling’s luck.

I sought journalism for what I believed were righteous reasons. I believed in the pursuit of truth, even when it hurt. I believed it was important to reveal and uphold it, that in order for the country to survive it needed to be informed and held accountable. I also sought to earn an income so I could eventually support a family. Deep down, I have always had them in mind, despite not knowing them and simply hoping that my life would one day lead to them.

Through years of freelancing and interning, my post-college, post-D.C. life started out depressing until I landed a dead-end job with Atlantic City Weekly. I worked hard applying for jobs, believing I needed to get back to Washington if I was ever going to be successful. I interviewed for The Alexandria Times, The Weekly Standard and The Washington Times. Everyone had a slant, everyone was either Republican or Democrat and you had to be one too if you wanted to join them. It turned out that the journalism I had fallen in love with existed very little if not at all in Washington, or the 21st century, where and when it mattered most. Despite my experience, for some reason no one was willing to take a chance on me. I thought maybe if I just force myself to move back to DC I will eventually find something through networking like a madman.

I don’t know what it was that finally led my heart and mind to surrender but at some point I took a step back and said, “Wait. Why must it be Washington?” I didn’t give up, but I just became open to any other opportunity that might come my way instead. Maybe I was meant for somewhere else.

And then, at the end of my rope, an opportunity did come my way. It came in the form of an email on my smartphone as I sat in the passenger seat of my dad’s truck en route to Toms River, NJ to help Hurricane Sandy victims. The email was from a good friend of mine, the publisher of a magazine in Wildwood that I frequently freelanced for. She had just started an Ocean City version of the magazine and needed a Managing Editor. Her son, who managed and led the publication, was set to pursue his dreams in New York which left me with the opportunity. I was awed and could barely believe it. Surely I was dreaming.

That winter, just before I moved into my apartment in Ocean City, New Jersey, I stood on the beach at 14th Street under the Fishing Pier. I looked out over the cold Atlantic and asked God if this was where I was supposed to be. And I remember the words “Be still” coming to mind and an assurance not to be anxious, but rather excited.

Flash forward almost three years and I’m so glad what I wanted so badly didn’t work out. I thought I knew my desires but maybe God knew them better than I did. Somehow, I didn’t have to choose between creative writing and journalism. I was given a job that blended the two perfectly. My life wasn’t just blessed, my heart’s true desires were fulfilled, my deeper yearnings I didn’t even know I had. You couldn’t pay me enough to live and work and sell my soul to the Washington machine.

Rolling northbound along the boardwalk, a glow rests over the horizon and Atlantic City flickers to life, its distant skyline twinkling on the sea. I wouldn’t trade it for anything.

But that’s not where the story ends, unfortunately. Or in retrospect, will I say fortunately? In the past, I wasn’t left hanging at the end of my rope. If God knew my heart’s desires better than I did back then, surely the same goes for right now. As I sit and look out over the unchangeable constant of Atlantic blue, I embrace an uncertain future and an unexpected new chapter, once again stepping out into the unknown, but knowing that shattered plans can be the best things that ever happens to us. 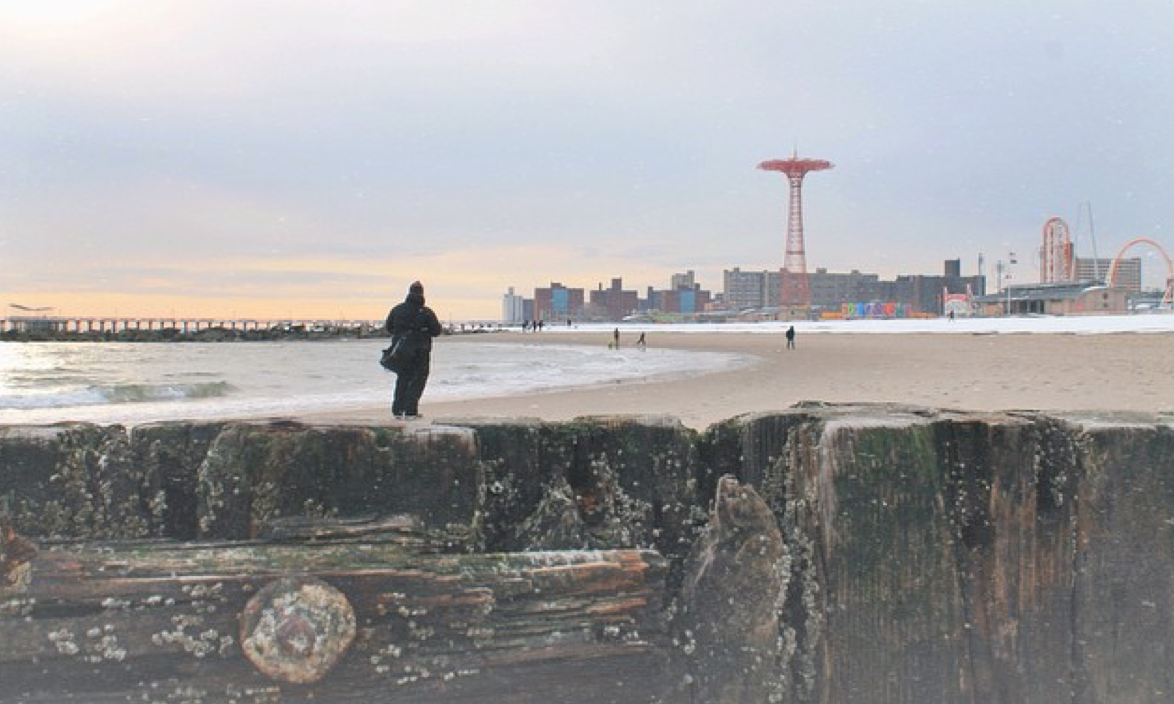