With sleep slowly diminishing from my life, it’s no wonder I can barely think straight anymore. Grasping the porcelain sink with clammy, quivering hands, I grappled for my contact lens case, slippery with saline. The ghastly image in the mirror was almost unrecognizable as me. My face a pale yellowish complexion, hazy bloodshot slits for eyes and a drooping lip. The Thorazine tablets the doctor prescribed to me were wearing off and I was starting to feel the effects of a nervous twitch. I’ve stopped taking them now though; I have to get to the bottom of this.

Everything started two weeks ago when I was at work. My phone vibrated in my pocket, a glowing 703 area code number appearing on the screen. I answered to the sweet sound of a young college girl with a curious flirty tenor.
“Is this Josh Kinney?” She asked.
“Yes it is,” I replied, my immediate thoughts wandering to who this mysterious seductive voice was on the other end of the line.
“I found your name and number on a piece of paper here, and it says call me.” Silence. Confusion. “Did you stay at a Residence Inn last night?” I scratched my head in utter bafflement.
“Of course not!” I retorted, stammering for a moment, listening to her shuffle about what I assumed was a hotel room.
“Well someone left your name and number here and also a computer charger. These things are expensive you know.” I took a seat against the cool concrete wall and gazed at the number on the screen.
“Where is this Residence Inn?” I asked. A 703 number wasn’t something I recognized, even with friends all over the country.
“Woodbridge, Virginia,” she said, “I was just cleaning the room and I found this note. Did one of your friends stay here?” I searched my mind for some kind of obvious answer that I was missing but there was none.
“No, is this some kind of joke?” 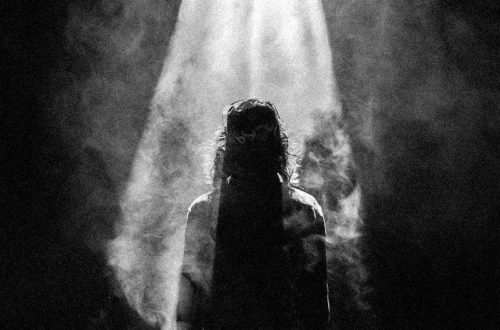